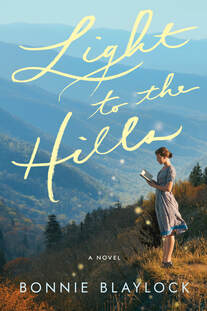 Bonnie Blaylock wants to make members aware they’re welcome to join an evening with The Porch Writers collective Feb 1 @ 5:30 @ THE PORCH HOUSE AT 2811 DOGWOOD PL., NASHVILLE, TN 37204. You don’t necessarily have to be a writer to attend. “Book people” are welcome! We’ll talk about the writing & publishing process, with Q&A. Cozy & casual. https://www.porchtn.org/happenings/birthing-the-book-a-conversation-with-bonnie-blaylock​

Bonnie is pleased to announce the publication of her new novel Light to the Hills:  Publication date was Dec 1, 2022, Lake Union Publishing

A richly rewarding novel about family bonds, the power of words, and the resilience of mothers and daughters in 1930s Appalachia. 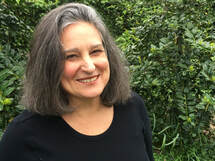 Adria Bernardi will be making appearances in Boston and Chicago in February. If you would like more information about those events, fill out the contact form.

A universal story of exile, of the refugee and emigrant, and of all those displaced who can reconstruct a sense of home only by weaving a new fabric of the imagination.

Adria Bernardi is a writer and translator whose publications include an oral history, a collection of essays, a collection of short stories, and two novels. Her work has been awarded the Bakeless Prize for Fiction, the Drue Heinz Literature Prize, and the Raiziss/DePalchi Translation Award. She lives in Nashville.

“My favorite thing to do as an agent is to hold a book that at first was only an idea ... how wonderful that early in the agency’s development, our book received this award,” says Lluvia Agustin, founder and director of the agency. In this book, Vidal offers a historical approach to the life and ministry of the apostle Paul. The author skillfully shares with readers the deep theological mind that transformed the apostle’s own generation and the ones to come for many centuries, even to date.

For twenty-five years, Ms. Agustin has observed that Hispanic Christian authors have not been represented, which has hindered not only the author, but the publishers and the market in general, as this group of authors has not benefited from fair contracts, nor market expertise from mature and experienced agents who know the market. The Spanish Christian book market is composed of a majority of translations from the English language. Translations are a good thing, but every mature market demands that it be dominated by its own voices, those who speak to them. Translations will never answer the cultural and social issues of a specific demographic group.

“2022 has been an exceptional year for the agency”, says Ms. Agustin, adding “every year has had its challenges and things to celebrate, but 2022 is probably the most consequential year yet for us”. The company has seen significant growth; however, growth requires resources that need to be covered and were covered.” The agency finished the year in a strong position and will continue to develop well-crafted and researched titles, which both authors and consumers will appreciate, just as the agency has done with the other authors it represents.

Here is a list of other accomplishments this year:
• Launched a conference for writers (Conferencia para Escritores), which will continue to be an annual event.
• Launched an original Spanish language fiction award – The Premio Novela Cristiana César Vidal – in collaboration with historian and writer. Liliana Gianelli was awarded the prize. The agency garnered a publishing deal with JUCUM – Sucedió en Havelland (It Happened in Havelland) will hit the market in late 2023.
• Signed four new authors, including YouTuber Carlos Erazo. Erazo signed with Zondervan, a division of HarperCollins Publishers. The book is scheduled to release in 2024.
• Signed multiple contracts for books that will hit the market in the coming months and years.
• Grew staff by hiring a marketing manager and an office manager.
The agency is currently working on multiple contracts for a new set of titles and a new set of authors, which the public will be informed of in the coming months.

The Agustin Agency is a literary agency in Nashville Tennessee that supports Hispanic authors and Hispanic Christian authors. Our goal is to connect authors to readers around the world by coming alongside creators, to help them with research and years of experience, to develop content that can impact consumers, one reader at a time. We believe in the transformative power of the written word. Our authors and their writings motivate everything we do. For more information about the agency, visit us at:
The Agustin Agency
Facebook | Instagram | YouTube
Contact information: info@theagustinagency.com 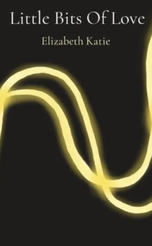 Little Bits Of Love is the debut poetry collection by Elizabeth Katie. Focused on different types of love and how they have changed her life, Elizabeth uses poetry and prose to capture the reader's attention. From self love to friendship to romantic love, from Brooklyn to Nashville and to places all over the world, this collection invites you to re-examine your ideas about relationships and intimacy.
​
To get a copy, click on https://www.elizabethkatiewrites.com/spark-the-beat 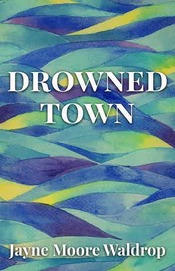 ​Jayne Moore Waldrop is the author of Drowned Town (University Press of Kentucky), the 2021 INDIES Book of the Year Award silver winner in fiction. Drowned Town was also named to the 2022 Great Group Reads list by the Women’s National Book Association. Her other books include Retracing My Steps, a finalist in the New Women’s Voices Chapbook Series (Finishing Line Press 2019) and Pandemic Lent: A Season in Poems (Finishing Line Press 2021). Her forthcoming children’s picture book, A Journey in Color: The Art of Ellis Wilson, is illustrated by Nashville artist Michael McBride and comes out December 6, 2022 from Shadelandhouse Modern Press.

The first book to examine the rarely-acknowledged Waverly Train Disaster of 1978 – the catastrophic accident that changed America forever and led to the formation of FEMA. Coinciding with the 45th anniversary of the event, WALK THROUGH FIRE is a tribute to the first responders, as well as an examination of the strengths and vulnerabilities in rural America.

On the night of February 22, 1978, a devastating freight train derailment drastically altered Waverly, Tennessee, and its place in history. This was one of the worst train explosions of the twentieth century, killing 16 people, injuring hundreds more, and causing millions of dollars in damage.

What could have been dismissed as a single community’s terrible misfortune instead became the catalyst for radical change, including the formation of FEMA, much-needed reforms in emergency response training, and the creation and enforcement of national and state safety regulations. Response to the disaster reshaped American infrastructure and laid the groundwork for the future of emergency management and disaster relief . . . and yet most Americans have never heard of Waverly.

Dr. Yasmine S. Ali, an award-winning medical writer and Waverly native, sets out to change this in WALK THROUGH FIRE, drawing from over a decade of meticulous research and interviews with survivors, first responders, and other firsthand accounts, including those of her own parents, first-generation Americans who were on call at the local hospital that treated the victims. Ali weaves a compelling narrative of small-town tragedy set against the broader backdrop of U.S. railroad history, rural healthcare, and other elements of American infrastructure that played a part in the creation—and the aftermath—of the Disaster.

A tribute to resiliency and a call to action, WALK THROUGH FIRE tells the harrowing story of the Waverly Train Disaster from the perspectives of those who survived it, and those who still feel its impact today, illuminating how much a nation still has to learn from one small town in Tennessee. 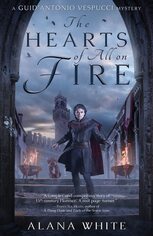 Alana's latest entry in her Guid'Antonio mystery series, The Hearts of All on Fire dropped in September.

Alana appeared at The Southern Festival of Books on Friday, October 14 and again on Sunday, October 16. She was also on a panel at WriterFest Nashville in November. 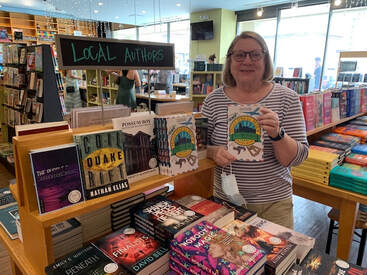 Peggy O'Neal Peden's third Nashville Mystery Flyin' Solo was published on July 5. The latest saga has our fearless travel agent Campbell Hale's first boyfriend back in Nashville, but murder, rather than love is in the air. Flyin' Solo continues Campbell's mystery solving begun in Nashville Mystery #1 Your Killin' Heart and #2 Gone Missin'. If you've lived in Nashville for a while, you'll appreciate Peggy's knowledge of this city and enjoy the setting.

Peggy is working on another Campbell Hale mystery as well as a non-mystery novel.

Want to buy any of these books? Support our local indie bookstore and friend to WNBA, Parnassus Books!
Do you have news to share with your fellow WNBA members? Please let us know by completing the form below. The form will go to the website's email address which is monitored by the webmaster.